Phil Hellmuth is hoping to conjure a little #WhiteMagic at this year’s 2021 World Series of Poker Main Event and he kicked it off by making a flamboyant entrance in full The Lord of Rings cosplay.

Hellmuth, who has a penchant for making a promotion-packed commotion before taking his seat at the $10K buy-in tournament, chose to arrive as Gandolf the White (as opposed to Gandolf the Grey) for Day 1F. Perhaps Hellmuth is a big fan of the series or perhaps it’s a nod to the resurrection of his bracelet chase here in 2021. 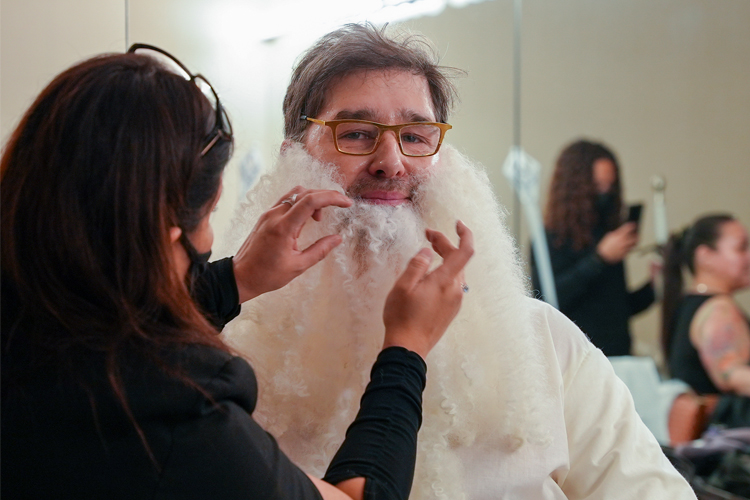 Walking behind Hellmuth were what looked like three other characters from the J.R.R. Tolkien lore – a couple of “elves” and another spell caster. We’re not quite sure in which of the legendary classic novels had Gandolf followed by a number of Bitcoin Latnium models, but there were 16 of them – one to represent each of his WSOP bracelets.

PokerNews’ social media grabbed some nice footage of Hellmuth making his way down the main corridor flanked by Dan ‘Jungleman’ Cates dressed as Saruman, which is a little more appropriate because Cates, the 2021 $50K Poker Players Championship bracelet winner, was (or is still) considered a wizard.

In the video below you can hear Hellmuth deliver the classic “You shall not pass” line to which Cates said something in reply. Then both actors showed off their dynamite bo staff skills before resuming their walk.

Hellmuth, a pro at these entrances, then gave his fellow performer a note to say the line again “louder so they can hear you.”

Now that it’s over, Hellmuth is going to try and cast a spell on the competition and make a deep run in the Main Event and add to his mystical 2021 WSOP.

[note: Matusow said that as soon as Hellmuth sat down and the cameras were gone, he instantly went to change out of costume – not even waiting for the dinner break that was 10 minutes away.]